How to Improve Your Online Discussion Forums at Your Institution

If your students aren’t jumping at the chance to engage in discussion forums, it’s time to adopt techniques and technology that let them work the way they want.

A 2019 survey among college students uncovered a troubling data point: Just two-thirds of those students considered the discussion forums in their most recent online courses “engaging.” If the discussion forum is meant to serve as a virtual proxy for the lively social environment of a physical classroom, that lack of enthusiasm suggests that the technology in use is failing a full third of students.

We shouldn’t wonder. Untold syllabi spell out the formula for success by the numbers: how many discussion posts, how many responses and even how long by word count. In those courses, the discussion forum has become another to-do that students have to check off the list. As the researchers of the survey noted, the gap between what a discussion forum could be and what it comes across as to disengaged students highlights “an opportunity for improvement.”

Frequently, the first interaction a student has in an online course is when the instructor asks each person to post an introductory bio to the discussion forum. Sometimes the results come across as a text-heavy copy-and-paste job from LinkedIn as people jostle for position. Yawn. Other times, it can expose the shy personalities or those with a weakness in English-as-asecond language. Ouch! That’s old-school.

Marcus Popetz is founder and CEO of Harmonize, a software that allows discussion forums to act more like the social forums students choose to use outside of school. They can share published or recorded videos, add images, embed audio, include links that show thumbnail previews of the corresponding web page, drag and drop files, respond to others’ posts in any of those formats and, of course, include text.

He remembers one class that tested Harmonize, where the instructor asked people to introduce themselves, and the first brave soul to do so took a picture of her footwear because she was really proud of her shoe collection. “That snowballed until every student was introducing themselves by taking pictures of the shoes they were wearing right then,” he recalled. “Some of them showed high heels. Some showed Converse. Some showed boots.” Then the students gave a brief introduction that explained what their footwear said about them. Each photographic contribution was displayed in a tile showing an image of the footwear. When students clicked on a picture, it would flip around so people could read the details.

The simple act of being able to show shoes as avatars inspired a spate of interaction among the students in that online class like no amount of scrolling discussion forum text could ever do. Here are seven other ways faculty can spark deeper engagement through their learning platform.

As students turn to the use of video and photographic images for assignments, faculty should be able to embed their feedback in those same media. With that kind of capability, for example, the instructor in an American Sign Language class could pause a student-made video at the exact point where the hands are too far apart or a finger is pointing in the wrong direction, quickly draw a circle around the wayward gesture and record a brief message saying, “Here is where you’ve gone wrong. Try this instead….” Or the instructor in a photography class could add an arrow pointing to a spot on the submission and type a quick note: “Your composition hits the mark, but I’d lighten the image here.”

Online classes are more challenging for people with visual or hearing disabilities. Either they can’t see what’s going on or they can’t hear it. Often, that’s not the fault of the technology; it’s just that those who aren’t affected don’t know how difficult they’re making their online interactions. Gentle nudges can make all the difference, suggested Popetz. For example, when students upload images, they can be reminded by the software to add a caption. When a video is uploaded, students can be told to include a transcript — or even easier, to use the auto-captioning their institution has already adopted for just such purposes. If a URL has been dropped into a forum post, the right kind of discussion forum functionality can read the preview behind the URL (whatever that little thumbnail is displaying) rather than the actual link text, which can often be a gobbledygook of letters, numbers and symbols.

Plenty of LMSs provide analytics to let the instructor know whether or not students are participating in the discussion forums. But what often happens is that a deadline will be set for the post, and come one hour before the deadline students get in and post like mad. That’s not true interaction or engagement. What might be more helpful is a function that would let faculty set milestones and have students automatically alerted as the milestones crop up: “It’s 10 days before the topic is closed: Add your post.” It’s eight days before the comment closes; add your comments.” The idea, said Popetz, is to acknowledge that college students “know what they’re supposed to be doing. Let’s give them just enough information as a reminder to do it.” Likewise useful is a dashboard that lets the instructor pinpoint what students haven’t read anything or posted anything for quick outreach.

When students are doing project work, frequently, they’ll submit project drafts and a final version into the learning platform and be done with it. What’s lost there is all of the interaction among team members as that project was in process, which is often where the richest form of learning comes into play. The right kind of discussion forum could record those conversations and share them as artifacts of the work. Similarly, a project could last for the entire semester, with the ongoing discussion saved as evidence of progress as students develop their skills and knowledge.

There are times when a group of students can get more done on a project by jumping onto a web conference call. Usually, those are separate activities that don’t tie directly into what’s going on in the discussion forum. But why shouldn’t that forum serve as a repository for those discussions? All that’s needed is the ability to record the call and place it into the forum as a post. Then those who couldn’t make the meeting can watch the recording and add their thoughts as comments after the fact. And everybody can use the repository as a reference to the work done throughout the week

Oftentimes, class discussion forums adopt the stark design sensibility of a tech support thread from the 1990s: topic heading, date added, number of posts. Today, modern interfaces use the tile format for easy, understandable navigation. In discussion forums that approach has an advantage: People can breeze through the tiles to find the subject they care about, flip it around and start participating. Or if one thread has dozens of responses and another has hardly any, students can quickly identify the ones where their posts could really stand out

Remember: Not all discussion posts have to be academic in nature. The right type of software can offer a cozy lounge where students can hang out just like they do on Instagram, Snapchat or Facebook. The point isn’t that students are invading the course with their favorite kitty videos or political memes but that they’re participating more, which translates into greater course engagement. “The students feel like part of a community. They can interact with their classmates without having to figure out how to exchange numbers or find each other on social media,” said Popetz.

Online is Growing; Shouldn’t Your Learning Platform Do the Same?

The right kind of discussion forum technology lets students interact in a more natural way, allowing them to express what they want without software limitations getting in the way. “Most tools just aren’t there yet,” suggested Popetz, “which means the institutions aren’t getting the returns they’re looking for in terms of succeeding in the online world. Online is growing fast but it’s going to slip by for them if they don’t jump on something to really take advantage of what tools like Harmonize can do.” 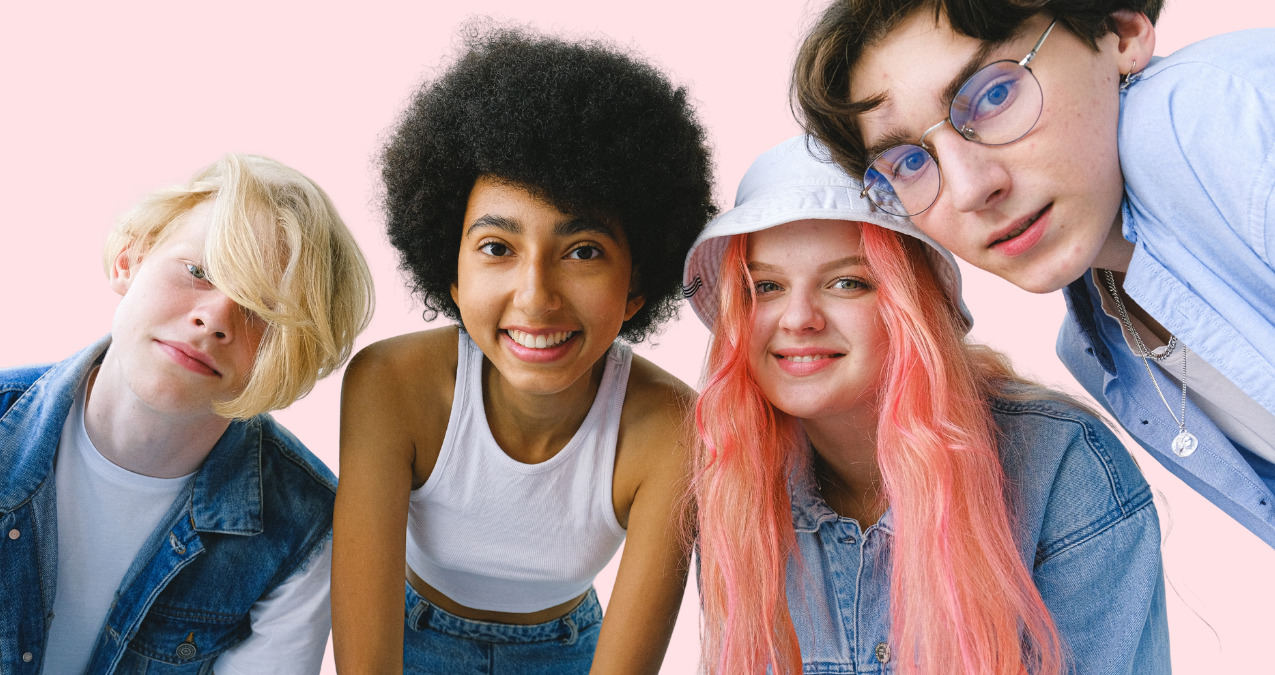 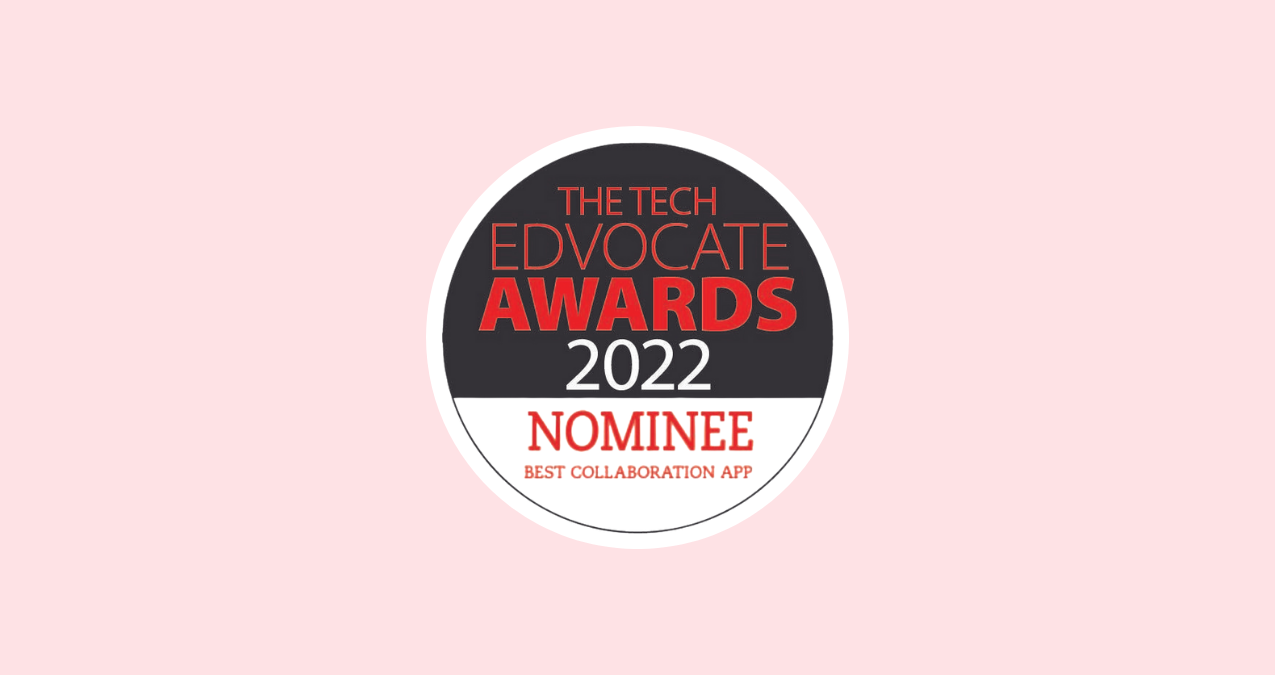 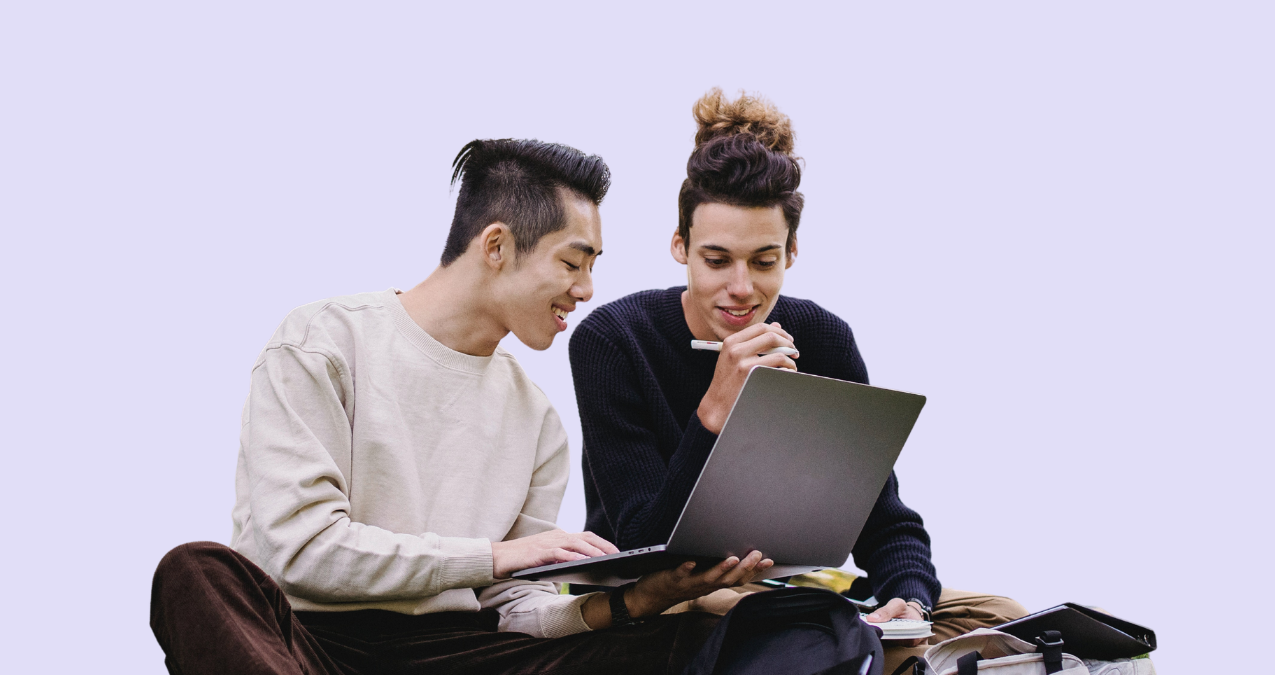 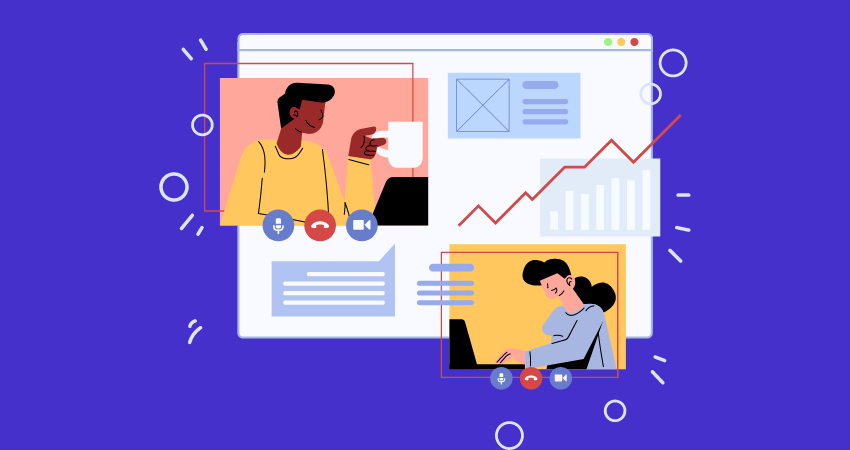 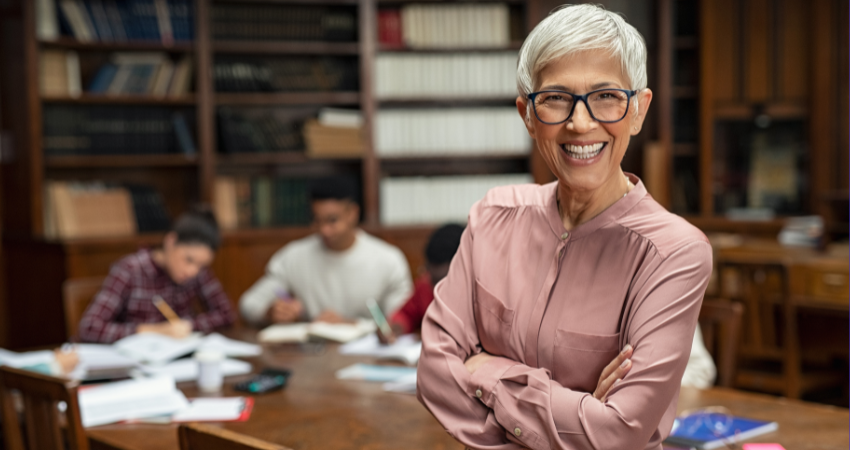 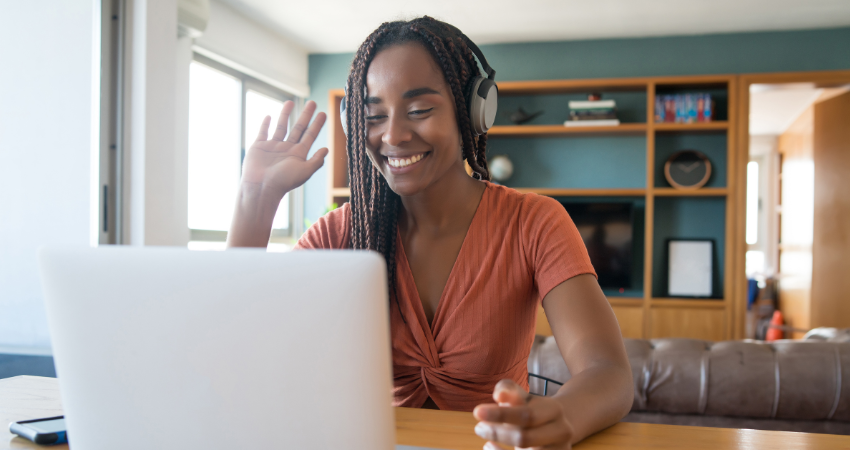 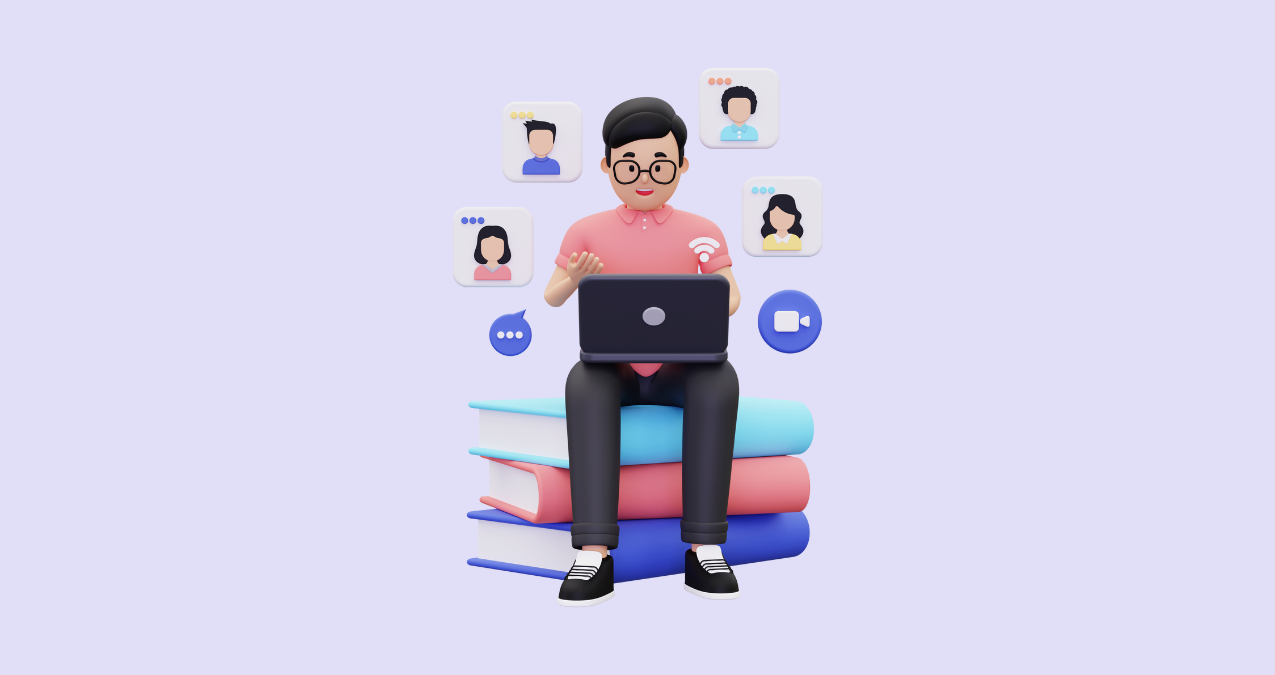 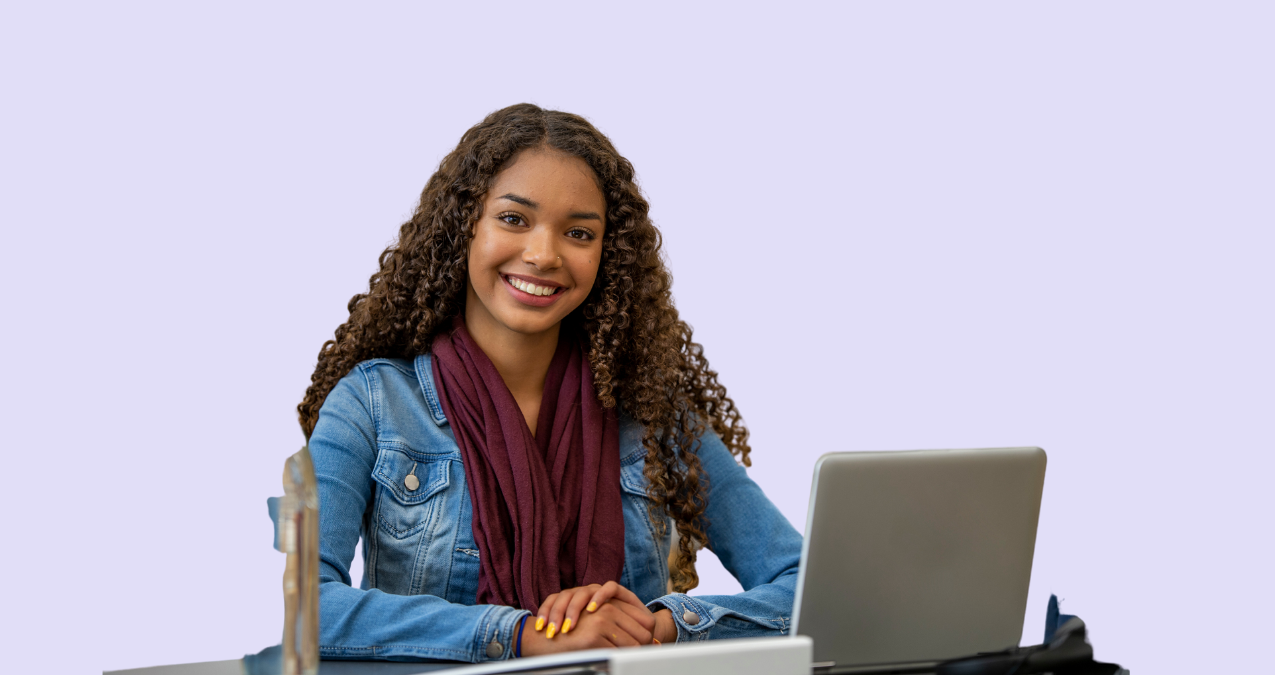 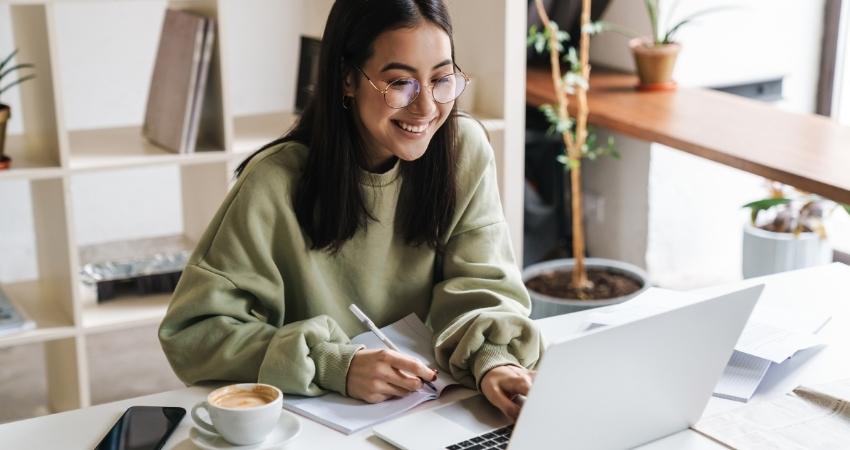